These are the conditions for Day 1's game: 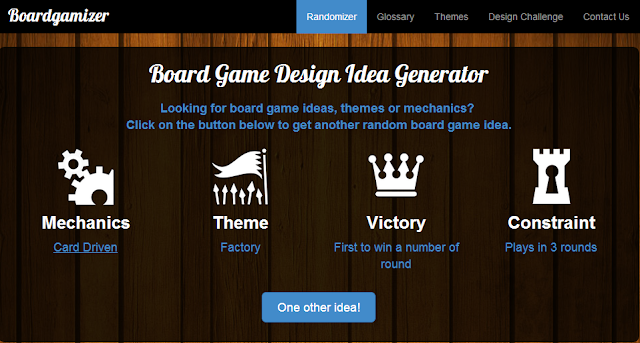 There's an emergency at the factory!  We need to pump out as many refrigerators as possible in the next 24 hours.

Both players are shift foremen in the factory.  You have one day (three 8-hour shifts) to crank out as many fridges as you can.

This is a two player game.

Each player starts with five cards.  Your objective is to make as many fridges as possible each shift, and to win 2 out of three shifts.

The game flows in this way: the player must have a plan and a staffed machine to process parts into fridges.  Fridges vary in value depending on how they were processed, with more demanding plans creating more value.

Plans call for certain combinations of color to make the final fridges.  There are four "paired" plans that can make parts with only two color combinations (Y/G, G/B, B/BL, BL/Y).  There are also two universal plans that make fridges with any color.

Each foreman can set up as many assembly lines as he wants in his area of the factory.  Any plan that the foreman draws must be played immediately onto the table, and he may allocate machines and labor to it as they become available.  Machines and labor can be reallocated to another plan once per round, but on the round they move they cannot process parts.

Once the "assembly line" is set up, he may play one applicable parts card per round through the line to collect points.  Each worker assigned to a machine can process one part per turn.  He should immediately score the points on his scoring dice, and then place the parts card in the discard pile.

The rest of the plans and machines should be shuffled into the draw deck with the parts and worker cards.  Each player draws five cards.  The top card on the deck is placed face up to form a discard pile.  Players play rock, paper scissors to determine who goes first.

Each round, the action proceeds as follows:

- Draw cards until you have six cards in your hand.  You may draw one card at a time from either the draw pile or the discard pile.
- Allocate any labor, machines or plans you have in your hand that can be legally played.  Also, at this time you may reallocate any labor or machines you want to transfer to other plans.  Labor and machines cannot process parts the same round they are allocated/reallocated.
- Process any parts you can legally process. (1 part per worker assigned to a machine)
- Discard any number of cards you wish to discard, face up into the discard pile.

Play continues until there are no cards left in the draw pile.  Both players may finish the current round (drawing from the discard pile if possible), but after the round is complete scores are tallied and the award for winning the shift is awarded to one of the players.

I think this one will be a short, simple game that offers some impactful decision-making.  Do you go for universal machines and pump out as many parts as you can?  Do you go only for matching sets, or do you just play as fast as possible?

My dad worked at a fridge factory for most of his life, and was fortunate to be able to retire a few years ago.  I'm glad he gets to spend his time now doing work he wants to do and enjoying his well-earned rest.  This first game is dedicated to him.
Posted by crashdavis9 at 10:24 PM