Day 9: The Work of Angels 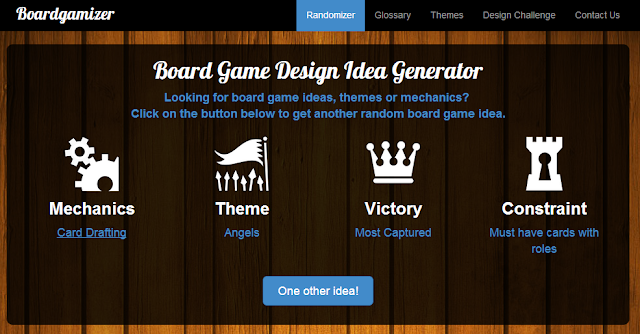 Today's game is not, I realize, the very heart of creativity.  When I read the description, a very simple game came to me that I think I am pretty happy with and that I think could be somewhat fun, even if it is pretty simple and derivative.  In fact, it might even be marketable if you want to try and hit up the "Christian churches which allow their followers to play cards" market.  I also think that the hidden goal mechanic gives a bit more depth to a game that is essentially close to Rummy 500.

Like yesterday's game, it is playable with a standard 52 card deck, though I could easily see a custom deck doing well with this game.

Daily Game #9: The Work of Angels

Theme:
- In this game, each player is an Angel.  There are problems at the gates of Heaven.  St Peter is all kinds of backed up, what with the growth in population down on Earth and the generally more permissive attitude of God these days.  It seems like everybody is getting into Heaven now.

So God has sent you all down here to help speed things up at the gate.  You are to go through the line and pick out groups of people that Peter can usher through together, so as to save him some valuable time.  He's given each of you a specific sort of person to pick out, and if you can bring more of those people, he'd be especially pleased.  The Angel that manages to bring the most souls to the front in organized groups will be the most exalted, so get to it!


How to play the game:

Separate the Jacks out from the deck, shuffle them and deal one to each player.  The player keeps the Jack concealed, but this suit is their special assignment from St Peter.  They will gain double points for cards of that suit when scoring is done at the end.

Shuffle the other 48 cards together, and place them face down on the table.  Each player draws six cards.  Then the dealer draws the next three cards off the top of the deck and places them face up on the table.

The first player can choose to draw cards from the table, either the face up cards or the top card(s) off the draw deck, until their hand has 7 cards.  Then they can either play sets down on the table in front of them or pass.  At the end of their turn, they must discard down to 6 cards, placing extra cards face up onto the table.  The number of face up cards may grow throughout the game if players take cards off the top of the deck.

Play continues around the table until the deck and all face up cards are depleted (they are counted as depleted when the last card is collected, and there is no discard at the end of that turn).  At the end of the current player's turn when that happens, the round is over (games can consist of multiple rounds at the players' option).

There are two possible kinds of sets.  Sets by suit/sequence and sets by number.  Sets exist only in the players own area, and cards cannot be played on other players sets.

Sets of a number: Three or four cards of the same number.
Sets of a sequence: Five cards in a row of the same suit.

Sets score 10 points per card from A-10, and 20 points for Q-K.  Any cards of your Angel's suit in one of your sets scores double points.  Cards that could not be played into a set count against the player's score.

Winner (over multiple rounds) is the first Angel to 500 points.