Day 4: Volcano of the Gods! 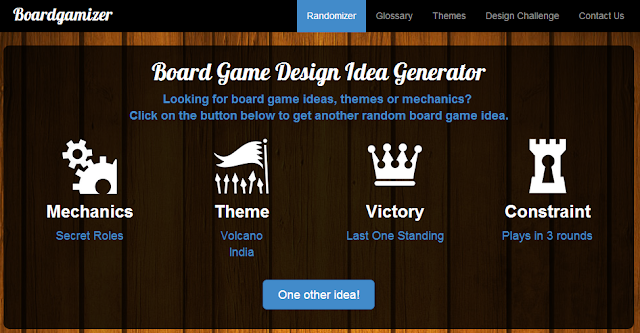 A game of three rounds, with the last one standing being the winner.  But with secret roles.

Did you know that one of the largest supervolcanoes in the world is in India?  The Deccan Traps is, by my understanding, basically a massive depression left over after one of the largest volcanic events in the history of the planet.  It's around 500,000 square kilometers, which for scale is roughly 25% larger than California.

I'm not going to make a game about that today.

That said, checking the list of volcanoes in India gives me a rather sparse list.  There's only four, including the supervolcano, and three of them are in the Andaman Islands.  Plus, India and volcanoes as a theme brings up some images and connotations I'd rather not cover in a game, like the "Kali" worshiping human sacrifice cult in Indiana Jones and Temple of Doom.  While I could think up a game about rival priests tricking each other into sacrificing each other, I don't think the themes of the movie were particularly fair to Kali or to Indians generally, so I'll go another route.  At the same time, there is something about the adventure of something like Indiana Jones that sticks in my mind after thinking of it.  I'm not sure I can use it though.

Daily Game #4: Volcano of the Gods!

Today's idea might be a little less fleshed-out, but on a Friday night my inspiration isn't flowing quite as well.  Notably, this is not a game for mass production.  More like a game to make in your basement.  But please don't really do this.  I won't be held responsible for chemical burns or ruined houses.  I do not endorse actually playing this game.  (except it might be really awesome fun).

- One volcano game board.  A model of a volcano with four valleys that go off in different directions, and three calderas (calderae?). The valleys each have a small Indian village with lots (40 each) of little Indian-themed meeples who can be moved around.  Each village has a distinct color scheme.  I'm thinking the total size for this behemoth is something like 5 feet on each side square.  A big stinking volcano!  In the villages, there are small buildings.  Some of the meeples will stand on building tops, some are smart enough to go a little bit up the walls of their valley to try and escape the lava.  Players should collectively arrange the meeples (10 of each color placed by each player) before drawing their god cards, so that there is some balance to the arrangement.

- Lots of small sandbags (maybe 6 inches long by 2 inches wide, come with the game, but need to be filled with sand by the players, nylon mesh bags, I'm thinking.  If Hydrogen perozide dissolves nylon, I don't want to know about it.).

- Four sets of customized safety goggles that are all themed to be part of a full-face mask for a Hindu god (I'm thinking Ganesha, Shiva, Kali and Hanuman, but what do I know?)

Four villages in the mountains of India have angered the gods with false prophets and crazy gurus.  Well, at least they angered the other gods than the ones they are prophets for.


How to play the game:


Each player represents the God of one village.  But really, he/she doesn't care much about his/her own village.  Worshippers come and go, really.  Reincarnation and all that...

What really ticks gods off is a good prophet or guru for the other team.  Especially the ones in the red village!  Or maybe it was the blue village!  It's so hard to keep track these days.  Those darned prophets are just so annoying, they must be wiped out.

Each "god" gets a role card.  Their role card specifies three villages they want to see wiped out, and one village they'd like to save (kind of optional, frankly).  These roles are kept secret from the other players.

After each god knows their role, they take a position around the volcano/board.  They can choose any area they like around the board, it doesn't need to be near their own village.  They get ten boulders and five sangbags each round of the game (each eruption).

"Shiva" sets off the first eruption by dropping the yeast and water into the already-primed with Hydrogen Peroxide and Lava mix volcano #1.

After the gods are all out of bags and boulders, and the lava has stopped flowing, players should remove any meeples from the board that have fallen over, been knocked off the board, or have been touched by the lava.   Then players count the remaining villagers from each town.  The town with the least villagers is cleared away (their remaining meeples are taken off the board).

Their gurus were obviously not strong enough to cut it, so the survivors (if any) fled to the coast.  Enjoy the beach, suckers!

Any fallen meeples from the surviving towns are restored for the next round.  Players divide them evenly for replacement in each surviving town.

All the gods rearm themselves for round 2 (10 boulders, 5 sandbags).  Any boulders and sandbags left from last round stay on the board.

Any god whose village was destroyed stays around to smite and drop sandbags.  Honestly, they weren't that important anyway.  Let's cause some havok!

So there will be two more explosions and two more rounds of total craziness.  It's more fun if the gods make lots of god noises and yell and scream while they smite.  Trust me on this one.

After three eruptions, only one village remains, and that village's patron god is the winner.  The winning god buys drinks for everyone after cleaning up the mess.